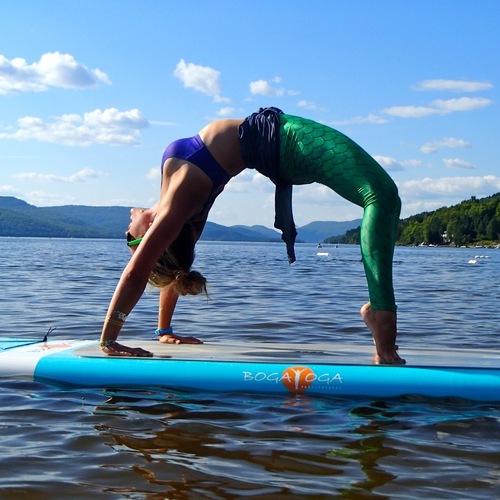 Sarah Tiefenthaler completed her first 200-hour Yoga Teacher Training in the tropical jungles of Costa Rica where she focused intensely on the philosophy of Yoga as well as meditation practices. She is the founder of YogAQUA where she incorporates yoga into SUP-ing. 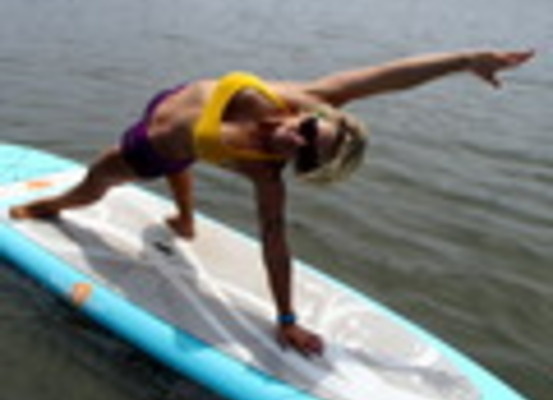 Sarah Tiefenthaler completed her first 200-hour Yoga Teacher Training in the tropical jungles of Costa Rica where she focused intensely on the philosophy of Yoga as well as meditation practices. When she returned to Los Angeles, she completed her second Teacher Training certification in Hollywood, CA at Earth's Power Yoga where she was able to expand her knowledge of human anatomy and alignment in relation to Yoga. However, after spending day after day in the magnificence of the Costa Rican jungle practicing Yoga and in her spare time, hiking, swimming, and exploring everything the tropical jungle had to offer, Sarah was still longing for any activity in which she could maintain a consistent presence in nature.

It was when Sarah returned home from Costa Rica that she first discovered her passion for Stand Up Paddle (SUP) Boarding; it was the perfect solution that would keep her out in nature, on the water, and under the sun. With her obvious passion for Yoga, it was not long before she began to experiment with Yoga poses on the boards which was just the spark that very quickly lead to the creation of YOGAqua. YOGAqua was launched on July 17th, 2011 and is based in Marina Del Rey, CA with an additional location at the Skiathos Princess Hotel in Skiathos, Greece. Sarah guarantees that after only one class you will leave feeling strong, refreshed, exhilarated, and inspired!

Exactly Where I'm Meant to Be

Yoga and SUP-ing Retreat in Tulum